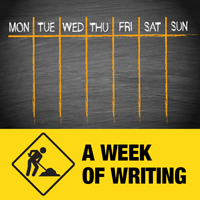 The final week of October has come and gone. Here’s how I did.

This week’s quote is comes from Carol Leifer.

“As a writer, the worst thing you can do is work in an environment of fear of rejection.”

Like last week, I’ve used this quote before, but, come on, I’ve been doing this weekly for like three straight years, so it was bound to happen. 🙂 Anyway, I really like this quote because it’s so right now for me. It’s been a rough year for submissions, with lots of rejections and precious few acceptances. I’d be a liar if I told you I was super gung-ho to send out more submissions with the track record I’ve had in 2021, which is precisely why I must send out those submissions. I think that’s what Carol Leifer is getting at. If I let fear of rejection start dictating what I write and when and if I send it out, I’m likely to miss the acceptances that would have been right around the corner if I’d kept trying. So that’s what I’m gonna do. Keep trying. Keep going. Keep writing.

A slow week in submission land.

I didn’t send a single submission last week. Some of that is due to me holding on to stories to submit to markets that open today, and some of that is because I was working on freelance stuff. Still, I probably should have sent at least one. I’m still at 94 submissions for the year, and I have plenty of time to hit 100. I’ll be sending out three subs today. That’ll put me up to 97.

I got three rejections, two of which were real heartbreakers. Both were of the shortlist, close-but-no-cigar variety, and one of them came after five months of waiting. I was really hoping one of them would be an acceptance, but it was not to be, and the theme of 2021 continues. What is that theme? I think the word “almost” sums it up nicely. I still have some stories that are being held for consideration, and I’m crossing my finger that November will be a better month.

If you haven’t had a chance to check out my flash fiction collection Night Walk & Other Dark Paths, will now’s your chance. You can still get the eBook for .99 cents today and tomorrow. So, you know, go do that. 🙂 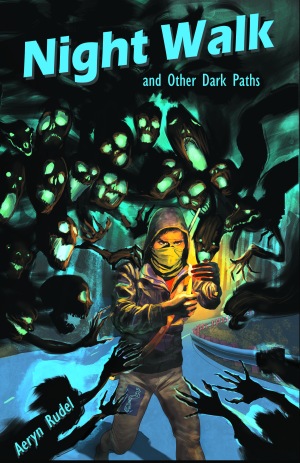 I’ve stalled out on the revision of Hell to Play for reasons that are too tiresome to go into, but my other novel Late Risers is currently under consideration. I don’t expect to hear back for some while yet, and I know better than to get my hopes up on something like that. Still, it’s good to have a finished novel out there pounding the pavement, and Hell to Play will follow soon enough.

It’s true that my submission year has been abysmal, but the same cannot be said for my freelance endeavors in the media tie-in and tabletop gaming industry. I’m currently working on seven more stories for Privateer Press for Warcaster: Neo-Mechanika. That’s in addition to the ten I’ve already written and were published in Warcaster: The Thousand Worlds. Between the fiction and the bit of work I’ve done for the IKRPG, I’ll end up writing some 45,000 words for Privateer Press’s two game settings this year. Not bad, and it certainly makes up for the parts of 2021 that have been, uh, less kind to my writing.