Acts of War: Aftershock – Crucible Guard in Acts of War 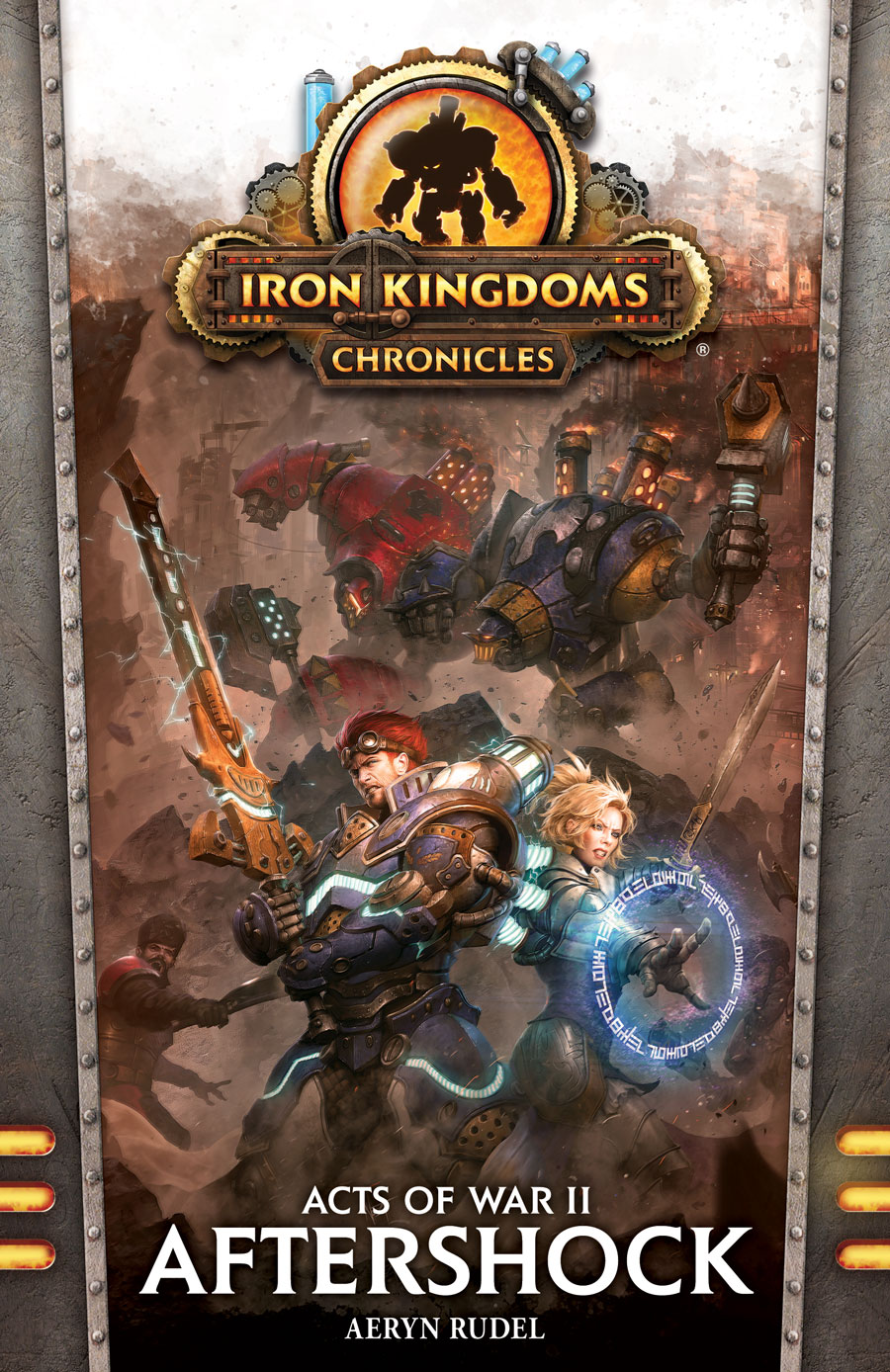 Last weekend Privateer Press held its annual convention Lock & Load in Bellevue, Washington, and announced a whole bunch of exciting things for the Iron Kingdoms, the setting for the tabletop miniatures games WARMACHINE and HORDES. I was at the convention signing copies of my new novel Acts of War: Aftershock, and perhaps not too surprisingly, the novel serves as a bit of a preview to one of those exciting announcements.

If you watched the keynote from Lock & Load, then you saw Privateer Press announce next summer’s new faction, the Crucible Guard. For those of you familiar with the Iron Kingdoms, you’ve no doubt realized the Crucible Guard are connected to the guild of alchemists called the Order of the Golden Crucible.

So, if you’re excited about the Crucible Guard (I sure as hell am), and you’d like a preview of what some of them can do, check out Acts of War: Aftershock, which features two upcoming models from the new faction, including one of their warcasters, Aurum Legate Lukas di Morray.

Lukas moved to a stand near the back of the armory where a suit of armor hung. Outwardly, it looked like a simple breastplate of yellow enameled steel with pauldrons, vambraces, and greaves. As Magnus got closer, he noticed the network of thin tubing that ran from the breastplate to the other pieces.

Magnus lifted the breastplate from the stand and set it on Lukas’ shoulders. He then noticed the strange contraption that occupied the same space as an arcane turbine on a traditional suit of warcaster armor. It consisted of half a dozen empty tubes, each about six inches long that jutted from the back plate in two rows of three.

Alyce stepped forward to help her husband with the rest of his armor. “There, on that table, you’ll find a case with twelve vials,” she said to Magnus, pointing at a low wooden table covered in ammunition crates.

Magnus found the case she’d indicated. Inside were a dozen vials of clear liquid with attached syringes. They looked like they would fit in the tubes across the back of Lukas’ armor. More of his serum.

Magnus watched as Alyce placed the syringes into the armor, pushing each one in firmly. Lukas grimaced as the needles punctured his flesh.

Lukas took a deep breath and turned his right arm over, exposing the underside of the vambrace. A row of three studs or buttons rose from the steel plate, and he pushed the first one. A soft hiss arose from the back of his armor. He sighed like a man who finally had the one thing he most desired. The flesh on his face grew firmer beneath his beard, as if the weeks and months of his captivity had simply not happened. His back straightened, and his chest seemed to gain breadth and power. Aurum Legate Lukas di Morray was beginning to look like the war leader they had risked so much to free.

If you’d like to learn more about Aurum Legate Lukas di Morray and his wife Aurum Omnus Alyce di Morray, check out Acts of War: Aftershock, available below:

2 Comments on “Acts of War: Aftershock – Crucible Guard in Acts of War”