An Interview with Strix Publishing – The Book of Three Gates

Strix Publishing is at it again with another Kickstarter for fans of horror and H. P. Lovecraft in particular. This time it’s a collection of stories and essays called The Book of Three Gates. I recently spoke with Strix founder Simon Berman and the very talented artist Valerie Herron about their latest project. Check it out and see why you need to run right over to Kickstarter and support this bad boy. 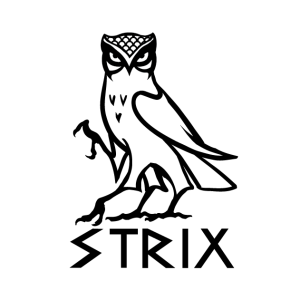 AR: So Strix Publishing has launched another Kickstarter campaign with another very intriguing product called The Book of Three Gates. Tell us about it.

SB: I’m pretty excited about this one. It’s a companion volume to The Book of Starry Wisdom, the first book I published via Kickstarter. I’ve chosen three of H.P. Lovecraft’s stories as the centerpiece for the collection, and the brilliant Valerie Herron has returned to illustrate them. “The Dunwich Horror,” “The Dreams in the Witch House,” and “The Haunter of the Dark” were chosen for their common themes of alien horrors transgressing the thin walls between our world and others. “The Dunwich Horror” is one of my personal favorite Lovecraft stories, and this book also gave me the opportunity to bring in a good friend and talented cartographer to produce a map of the Township of Dunwich as the book’s endpapers. The book concludes with a selection of essays by some notable authors, all of whom were given the chance to write pieces that blur the lines between fact and fiction.

AR: Again, you’ve assembled a fantastic group of writers to contribute to The Book of Three Gates. Tell us about some of the contributors. Any returning from The Book of Starry Wisdom?

SB: Absolutely! I’m pleased that a number of authors have returned, including Adam Scott Glancy of Delta Green fame, noted poet and weird fiction aficionado Bryan Thao Worra, Orrin Grey of Never Bet the Devil & Other Warnings renown, C.A. Suleiman, known for his work on Mummy: The Curse, and artist and occultist, A.S. Koi. I’m particularly excited about that last one. Koi has promised me an instruction manual for how to bend time. The new authors I’ve chosen for this volume are all very accomplished writers as well. Evan J. Peterson, is a 2015 Clarion West writer, who is writing an extremely interesting academic essay on the queer history of Miskatonic University’s Apollonian Dionysian fraternity, and Don Webb, a noted occultist, is producing a piece on the history, theory, and practices of the Order of the Trapezoid of the Temple of Set.

AR: You’re also working with talented artist Valerie Herron again, so I’ll direct this question to her. How will your contributions to The Book of Three Gates differ from those in The Book of Starry Wisdom?

VH: The obvious difference will be the subject matter. While Starry Wisdom focused on the Cthulhu mythos, the subject matter in Three Gates gets into witchier and inter-planar territory. The illustrations will be less character-driven and more atmospheric, so expect more use of unsettling scenery and evocative visual texture. I will be preserving more of the traditional elements in the work to try and capture this ambience. Don’t worry, there will still be monsters!

AR: Another one for Valerie. You obviously have quite an appreciation for Lovecraft’s work. What about the mythos gets you drawing, painting, and creating?

VH: This work is largely my way of processing my own sense of cosmic horror. It’s a reaction to these titanic forces that govern our lives with no regard for our existence and how insignificant I feel at their mercy. I make this art because it’s much more effective than remaining frozen in panic or hopelessness while all of these slow-motion disasters in the world play out around me. This is the way I feel like I relate to Lovecraft as a creator. The crushing weight of a materialist’s reality left him catatonic as a young adult, but he was able to channel that particular anguish into timeless allegory. I am honored to give visual form to these unbridled forces.

AR: Simon, you’ve become quite the old hand at this Kickstarter thing, and you’ve funded your first four campaigns. What is the secret to your success?

SB: Being willing to go without sleep. Honestly, it comes down to having an idea for something that people want and then making sure you get it in front of them, treating your backers like the generous supporters they are, and being as transparent as possible about everything you’re doing. A high tolerance for sleep deprivation does help, though.

AR: Since The Book of Three Gates is a companion volume to The Book of Starry Wisdom, can we expect a third volume in the series?

I don’t want to say too much just yet, but if all continues to go well with Three Gates, there are two possible collections on the docket for a third volume. One goes beyond the wall of sleep, the other beyond the veil of death.

Simon Berman worked as a Social Marketing Manager and staff writer for Privateer Press from 2008-2016. He worked in both capacities for the award-winning miniatures war games, WARMACHINE and HORDES, and the Iron Kingdoms Full Metal Fantasy Roleplaying Game, winner of 4 ENnies awards. He also works on the ENnies nominated roleplaying game, Unhallowed Metropolis. He has also worked as a social media manager on Kickstarter projects for WARMACHINE: Tactics, Widower’s Wood, The Book of Starry Wisdom, the Problem Glyphs art book, APOCRYPHA: The Art of Jason Soles, and Orrin Grey’s Never Bet the Devil & Other Warnings.

With an enduring love for the unusual, Valerie Herron began expressing her interests through writing and illustration in childhood. Fantasy illustration, mythology, the occult, and the natural universe remain her greatest inspirations. Valerie’s work has evolved in time to be conceptually layered and mysterious. She collages together a powerful visual-vocabulary that is mystical and socially relevant. Valerie creates allegorical narratives that are poignant and beautiful, ugly and elegant.

Fascinated by contours, Valerie considers her primary medium to be line. She finds the synthesis of traditional wet media and digital media best communicates her visual style.

Valerie received her BFA in Illustration at Pacific Northwest College of Art in Portland, OR. She currently lives in Seattle, works for Privateer Press, and is also a freelance illustrator. Outside of her creative practice she spends her time listening to music and podcasts, being out in nature, writing, reading, and venturing a myriad of sorcerous activities.