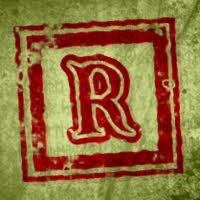 Here’s another collection of potentially useful/interesting stuff from around the interwebs.

1) My friend and former colleague at Privateer Press, Simon Berman, has an awesome Kickstarter campaign going for a deluxe tome of stories and essays about H.P. Lovecraft’s Cthulhu Mythos. It’s called The Book of Starry Wisdom: Apocrypha of Lovecraft’s Cthulhu, and it’s pretty fucking rad, if I do so say so myself. I interviewed Simon about the project earlier this week, you can find that here, along with more info about The Book of Starry Wisdom. 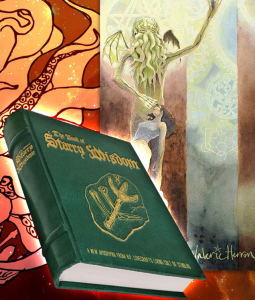 2) Veteran fantasy author Richard Lee Byers, whom I’ve had the pleasure to work with on a number of occasions, was recently interviewed by Dirge Magazine about writing media tie-in fiction, something Richard know a lot about. It’s an interesting read. And if you’re looking for more sage advice from Mr. Byers, I heartily recommend his Ranks of the Rejected interview, which you can find right here on this blog.

3) Christine Dalcher posted a great opinion piece on her blog called A Reader’s Rubric. She breaks down the elements of good fiction into five broad categories and provides story examples for each. Good stuff.

4) My writer pal Rose Blackthorn recently released her first piece of media tie-in fiction for Privateer Press. It’s a novelette called “Worthy Vessel” set in the WARMACHINE universe. This is Rose’s first foray into shared-world fiction, and she fucking knocked it out of the park. “Worthy Vessel” is a downright creepy and disturbing piece that will appeal to both fans of WARMACHINE and folks who just like a good horror story. 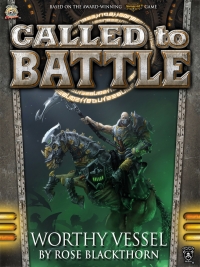 5) Recently, I’ve been on the hunt for good reprint markets, and some of the best  I’ve found for reprints are the three Escape Artist podcasts Escape Pod (sci-fi), PodCastle (fantasy) and Pseudopod (horror). They produce high quality audio versions of short stories, pay pro rates, and, even better, here’s what they have to say on the subject of reprints from the Pseudopod guidelines:

We do not discriminate between previously published and unpublished works. We’re an audio market, and we buy nonexclusive rights, so it doesn’t hurt us if a story has previously appeared in another market. If the text of the work is currently available online for free, that’s great! Let us know in your cover letter so we can link to it in the web post if we publish your story.

They’re definitely worth a try if you’re looking to submit reprints.

← The Book of Starry Wisdom
The Quotable King: Ten Pages a Day →

2 Comments on “A List of Links: Starry Wisdom & Worthy Vessels”