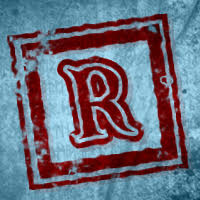 Today we’re exploring another potential submission guidelines surprise. This time it’s not about formatting or regional preferences, it’s types of stories publishers would rather not see at all. I call this the Do No Send List  As usual, you should read the guidelines completely and thoroughly so you don’t miss publisher preferences. The Do Not Send List is usually pretty obvious, but not always, so read carefully.

The Do Not Send List is fairly common in submission guidelines and comes in a few different versions. Let’s take a look at them.

1) Send at your own risk. The regular strength version of the Do Not Send List is more suggestion than command, but you should still be aware of the publisher’s preferences when sending them a story. This version usually looks something like this:

Originality demands that you’re better off avoiding vampires, zombies, and other recognizable horror tropes unless you have put a very unique spin on them.

They’re not saying you can’t send vampire and zombie stories, but you’d better come up with some mind-blowingly original shit if you hope to get one published. You’ll see this kind of thing in guidelines pretty often, and I think it’s because, yes, the publisher is tired of getting Dog Soldiers and Twilight knockoffs, but they still recognize it is possible to make those old tropes fresh and interesting again. So, sure, if you think you’ve got a truly original take on a vampire story, send it to a publisher like this. You never know.

2) Do not send. Like, seriously. For really reals. Some publishers,  tired of seeing the same old tropes again and again and again, take a more aggressive approach to the Do Not Send List, in that it is truly a DO NOT SEND list. Those generally look like this.

We do not accept stories with the following: vampires, zombies, werewolves, serial killers, hitmen, excessive gore or sex.

As you can see, most of your standard horror tropes are included in the guideline above, though hitmen is one I don’t encounter as often (but if they put it in, it’s because they’re getting too many). In this case, absolutely do not send a story containing these tropes. It’ll just make you look like you didn’t read the guidelines, and that, my friend, is a real bad look. Most of what’s on the list is pretty straight forward. If your story contains a vampire, a zombie, a werewolf (or other lycanthrope), a serial killer, or a hitman, just don’t send it. Seriously, don’t. But what about the other stuff? The stuff that has the word excessive in front of it. That’s a tougher call because what’s excessive to one person may not be excessive to another. The best thing to do here is read the publication in question to get an idea where they draw the line is on such subjects. Of course, the question then becomes is the example story right up to the line or a few feet behind it? For me, excessive usually means gratuitous, but even that’s open to interpretation. In the end, you’ll likely have to use your best judgement.

3) A list of hard sells. Some markets expand on the send at your own risk example and give you an entire list of stories and tropes that generally don’t work for them. Like with example one, they aren’t saying don’t send them, but if you do, you better do something very different with that serial killer werewolf story. Below are some markets that have hard sell lists, and I find they’re pretty informative, especially when you’re starting out and you think every idea you have is super original (it’s not).

You can learn a lot from these lists, and not just about the preferences of markets that include them in their guidelines. If one publisher considers a trope or plot device to be overused and cliched, well, then others might too. Keep in mind, though, that just because you write a story that includes an element that’s on these lists doesn’t mean it’s a bad story or unsellable, just that it probably is going to need an original spin to set it apart from all the other zombie apocalypse, vampire romance, werewolf soldier, and serial killer turned detective stories out there.

If you’ve read any of the other entries in this series, you probably know what I’m going to say now. Yep, read the guidelines completely, carefully, and every time you send a submission. Sometimes these little nuggets of information are buried in a publisher’s guidelines, but it’s still your job to find them, read them, and implement them.

Have you seen anything else pop up on Do Not Send Lists? Tell me about it in the comments.