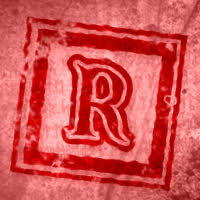 If you’ve sent out any short story submissions, you are likely very familiar with Shunn Standard Formatting. If you’re not, follow the link in the last sentence and GET familiar. Now, the vast majority of publishers ask for Shunn (often just called standard manuscript formatting), but sometimes it’s a starting point more than a formatting destination. So, like everything in this series of posts, it’s important that you read very carefully to pick out all this little formatting idiosyncrasies in the guidelines.

Let’s take a look at some examples of how publisher formatting guidelines vary from Shunn.

1) 99% Shunn. Sometimes a publisher wants just a slight deviation from standard formatting, like this:

Submissions should generally follow standard manuscript format, though we prefer single-spaced instead of double-spaced.

A slight change to standard formatting is pretty common. These small changes can be easy to miss because, however, so, as always, read very carefully. The other change I often see looks like this:

Not every editor is down with Courier, and you’ll often see a request for a different font. Times New Roman is the most common, but I’ve seen other serif fonts requested as well. Again, this is a simple change to make, but if you’re not looking for it, you can miss it.

Standard Manuscript Format, but with all author information removed from the manuscript.

For publishers who read submission blind, standard formatting presents a challenge in that it lists an author’s name and info on the front page. I see this request a lot, and it’s fairly easy to implement. If you’re like me and you have a standard manuscript template ready to go, remember to remove your name from the header too. I’ve almost missed that one a few times.

3) Doing our own thing. The last group of publishers are those that do not reference standard formatting and give camplete, albeit brief, formatting guidelines.

Again, you could probably start with standard manuscript formatting (if that’s your template), change the font to one they have listed, and italicize words and passages you want italicized. Everything else in standard formatting conforms to what they want (broad margins, double spaced, numbered pages), and my guess the small additions (name and title in the header, for example) won’t be an issue. Rarely will a publisher have more detailed instructions outside of standard format, but I have seen one or two that are as in-depth as Shunn yet completely different.

4) It really doesn’t matter. The last type of publisher breaks from standard manuscript format because formatting isn’t all that important to them.

Don’t worry about standard manuscript format, as long as we can read it we’ll read it.

Some publishers aren’t that concerned with formatting as long as the story is legible and you don’t use some crazy, weird font. A lot of the time when I see this in guidelines it’s because you’re pasting the story into a submission form that’s text only (or even into an email), so you couldn’t do standard manuscript format even if you tried.

Of the four examples above, the one I personally have to be watch for is the first example. That one little change to standard formatting can throw me because it’s not a big enough change (nor does it take up much real estate in the guidelines) to catch my attention if I’m not careful. Will a publisher auto-reject your story for a minor formatting mistake? Most of the time, probably not, but there are publishers who will (and they’ll tell you right in the guidelines). So, as always, it’s incumbent on you to read the guidelines completely and carefully every time for every submission.

Know of any other ways publishers deviate from standard manuscript formatting? Tell me about in the comments.

← NYCM Round 1: No Guns, No Knives
Three Types of Tough Rejections →