Well, I missed the submission statement for July, so I’m just gonna lump it in with August. Here’s a couple of months of submissions, rejections, and acceptances.

Thirteen submission is pretty good, though most of those came in August. Ten rejections for two months is a little on the low side, but that’s because seven acceptances in on the very high side. Three of the acceptances were also published in in July or August. Lastly, the three others are short-list letters, two of which became acceptance letters. So, despite just an average amount of submissions sent for these two months, results-wise, this might be my best two month period, uh, period.

As for total submissions, I hit 86 for the year by the end of August. I’ve already sent some September submissions, though, putting me at 88 and just twelve away from my goal of 100.

Ten rejections, five for July and five for August.

The spotlight rejection for the July and August is the personal rejection I received.

Thank you for allowing us to read your story, [story title].

Thank you for being patient while we held your story, but we did not choose it for the lineup.  Any story in the hold pile was one that we would have been happy to publish, but we didn’t have the resources to publish all of the stories that we liked and we have to make some hard choices.  We hope you find a publisher for it, and that you will submit again in the next submission window.

While we don’t always offer comments on stories, this time we did.  These comments are meant to be helpful; if you disagree with the comments, then you should feel free to disregard.

“A well-done piece of flash, foreshadowing major consequences, letting the reader wonder, until the chilling reveal and a solid final line.”

This is a personal rejection after a short-list letter for a pro market that received over 1,200 submissions during their submission window. The comments here are great since they basically tell me I’ve got a good story on my hands. But you know what I’m gonna say. Yep, good stories get rejected too, especially when you’re up against tons of other submissions by lots of talented writers. If you get a rejection like this, don’t overthink it. Just send that story out again. That’s what I did.

So, yeah, seven acceptances is pretty damn nice. It broke down as three for July and four for August. The only really interesting thing about these acceptance letters is most of them were essentially form letters. That’s not uncommon, honestly, as editors have to get across a lot of information in an acceptance letter about contracts, publication dates, editing, and what they need from the author (bios, author photos, etc.). Since many publication send their acceptances in batches just like their rejections, a form letter makes a lot of sense. Sometimes a personal note about the story will be tacked on to the end of the acceptance letter, but that stuff usually comes in the emails that follow.

Here’s an example of one of those acceptance form letters:

Thank you for taking the time to submit your story [story title]. I’d be delighted to publish it on [publication].

I’ve scheduled it for publication on 14 September, if this date changes I will let you know.

Thanks again for submitting your work.

More on this acceptance and some of the others as they near publication.

Three of the stories accepted in July and August have been published, and you can read them by clicking the links below.

Published by The Molotov Cocktail

Published by The Arcanist

Published by The Molotov Cocktail 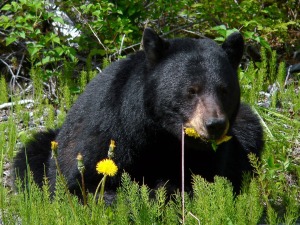 And that was my July and August. Tell me about yours.