Which Is It? Criticism or Feedback? 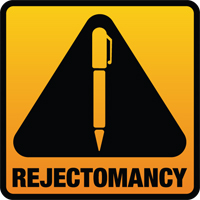 As a writer, you hear the terms criticism and feedback a lot. The first carries a (sometimes undeserved) negative connotation, the other, a more positive and constructive one. The truth is, feedback and criticism are both necessary and helpful to a writer, as long as the writer understands the context in which each is given, and, more importantly, the context in which they should be given.

This’ll be reductive, but here’s how I look at the two terms. Feedback is given to an author while the work is still in process and unpublished. Criticism is the analysis of a work’s flaws or merits after it’s been published. Like I said, reductive, but let’s see if I can get a bit more nuanced.

Let’s talk about feedback first. Here are its three defining traits, in my opinion.

Now criticism., but before we get this, we need to get this out of the way. Criticism is NOT a bad thing. In fact, it is a necessary thing when given in the right context. We, as authors, might not like all the criticism we receive, but it’s the price of fame and glory. 😉 Okay, here are the four defining traits of criticism.

So that’s how I define criticism and feedback. Like all things, the quality of both can vary a lot, so let’s discuss what good/bad criticism and good/bad feedback look like

So, what can we learn from criticism and feedback? Quite a bit, actually.

What we learn from feedback is obvious. It’s a workshop environment where ideas and solutions are traded to improve a story, novel, etc. With good feedback partners, an author can learn a lot about their work, their style, and, most importantly, where and how they need to improve. Feedback is vital to the development of any work. It is typically solicited and provided by people at least somewhat knowledgeable in the craft and genre, and who are committed to making the work the best it can be.

An author can learn from criticism as well, but it takes a more careful eye. What I call “not my cup of tea” criticism is not as useful to the author (though still absolutely valid and useful to readers). A reviewer who doesn’t like horror, and states that, then gives a horror novel a mediocre review is not as worrisome as a critic who is in tune with the genre and points out things that didn’t work for them. That kind of review should be considered, especially if it’s not an isolated event. Again, criticism, even the actionable kind, isn’t useful to a completed, published work, but it can be helpful for an author’s future works.

So, there you have it: my rambling thoughts on criticism and feedback and why they’re both necessary in the right context. Understanding the differences, I think, can save a writer a lot of time (and pain).

Thoughts about my definitions? Tell me about it in the comments.

5 Comments on “Which Is It? Criticism or Feedback?”