Should You Read One-Star Reviews? 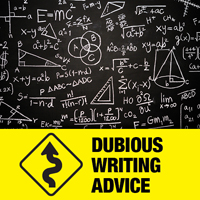 A common topic in writerly circles is whether or not authors should read bad reviews of their work on Amazon, Goodreads, and elsewhere. Just for clarification, when I say bad review, I mean a one- or -two-star review, though I know some might consider three stars to be “bad” as well. I’ve seen compelling arguments for both sides of the debate, and I have my own opinions (a subject for another time). In this post, however, I want to focus not just on bad reviews but REALLY bad reviews. The one-star reviews. It may seem like I’m splitting hairs, but in my experience, the bottom of the review barrel is a category all its own.

My experience reveals one-star reviews come in six broad types. Let’s have a look at each and then discuss what, if anything, an author can learn from them.

What can we learn? Bubkis. It’s unfair to ding an author (and that IS what’s happening) because Amazon lost a package or the book has a damaged cover or whatever. There are ways of letting Amazon, Barnes & Noble, or whoever know without sticking the author with a one-star review. That review sure as shit won’t motivate the bookseller to do anything.

2) Axe to Grind. In these reviews, the reader is not reviewing the book. They’re reviewing the author in what is usually a thinly disguised personal attack. Often times, these reviews come from someone who hasn’t even read the book, a fact sometimes brazenly mentioned in the review.

What can we learn? Nothing, and since these reviews are generally abusive, I don’t think there’s any reason to subject yourself to them. That said, there may be some value in identifying such abusers, warning other authors, and reporting them to retailers.

3) Weirdly specific. The reviewer hyper-focuses on a detail most people might not even notice. Often, they’ll even have good things to say about the book overall, but this one thing causes them to leave a one-star review. I’ve seen issues ranging from objections to a character’s name to the problems with title of the book itself. Oddly, as I said, many of these reviews praise other parts of the book. For example, I received a one-star review years ago where the reviewer praised my writing, said the descriptions were fantastic, and then proceeded to give the book one star because they didn’t like the core premise (the villain wins).

What can we learn? Well, we can learn that a particular reader doesn’t like a particular thing. Is that useful? Not really. If you wrote a book about robots, and one ninety-nine people reviewed it, saying, “We love robots! More robots!” and one person was like, “Robots suck”, I wouldn’t pay attention to the one out of a hundred.

4) Why did you buy this? These reviews always surprise me. It’s the folks who buy erotica and complain about the sex or buy horror and complain it was scary. Often times, these reviews start with “I don’t like [genre]”, which of course leads you to wonder why they bought the book in the first place. I also see these reviews left for authors known in one genre who experiment in another. I mean, how DARE an author expand their writerly horizons.

What can we learn? Probably nothing, but read on. These are similar to the weirdly specific review. They’re often from people who are not your audience, so if you’re a horror writer, changing your style to please people who don’t like horror is absurd. That said, if you’re getting these a lot (and especially not just in one-star reviews), you might look at the sell text, cover image, and even the genre your book falls under with Amazon and other retailers. Is it misleading in any way? If so, an adjustment is in order.

5) Truly Hated it. Sometimes a book is just an absolute mismatch in style, voice, pacing, whatever for a particular reader. They really don’t like the book for legitimate reasons (for them). They’ll give the book a one-star review because they loathed the writing and story that much. Sometimes it’ll be an issue with the POV. For example, some folks absolutely hate first person (and I think that goes beyond weirdly specific). I find these types of one-star reviews to be pretty rare, but they’re out there.

What can we learn? These tend to be outliers. So, for example, if your book is consistently getting four and five stars, that single one-star review, even if given in good faith (though one-star reviews are always kinda suspect on that account) probably isn’t worth your time. The fact of the matter is this person is not your audience, why change what you’re doing if most folks are enjoying it to please one person? Answer: you shouldn’t.

6) Not ready for primetime. Self-publishing is a completely viable and legitimate form of publishing, and there are some supremely talented and experienced self-published authors putting out well-crafted fiction. These authors are also, for the most part, having their books professionally edited and taking care with cover design, trade dress, and so on. They are, in a word, professionals. On the other hand, there are folks publishing novels and whatnot who are simply not ready to do so. These books sometimes receive one-star reviews that reflect the author’s inexperience. They sort of fall under category five but focus on things that are more objectively wrong. I’m talking about basic grammar, punctuation, story structure, and the like.

What can we learn? Well, to be blunt, if you’re getting a lot of one-star reviews that are not particularly malicious yet criticize basic writing elements, it might be time to take a hard look at your work and improve your craft before you publish again. Get a group of good critique partners together who can give you an honest opinion and then strive to incorporate these things into your work. At the very least, find someone qualified to proofread your manuscript, so grammar and punctuation are correct. If you do these things, you’ll become a better writer, and your books will look more professional.

In summation, you might be able to learn something from a bad review, but I have my doubts you can learn much from a one-star review (with a few rare exceptions). They really are a breed unto themselves, and are very rarely constructive because, at best, they’re outliers, and at worst they represent something specific about the reviewer and not the book. If you’re book is getting fours and fives on the regular, I wouldn’t even bother reading the occasional one-star review (unless you have a thick skin and you’re just doing it for the laughs). It’s just gonna bring you down.

Thoughts on one-star reviews? Did I miss any? Tell me about it in the comments.

← Submission Statement: June 2022
Vampires and Zombies and Werewolves, Oh My! →

10 Comments on “Should You Read One-Star Reviews?”