I have a new story out today called A Point of Honor published as a chapbook by Radix Media as part of their Futures series. It’s a near-future sci-fi piece I’m pretty excited about, and you can check it out (and purchase it if you’re so inclined) right here. 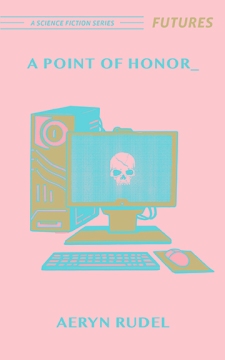 The United States has instituted archaic dueling codes overseen by a government agency called the Bureau of Honorable Affairs. Victims of slander and libel, among other crimes, can force their tormentors to face them in state-sanctioned combat. Jacob Mayweather is challenged to a duel by a man he has never met. The accusation is for a considerable crime, and Jacob must choose whether he will fight or be blacklisted as a duel dodger.

Here’s a little background on the story (no spoilers), mostly because unlike a lot of what I write I have clear memory of where this idea came from. I was reading book called The Professor in the Cage: Why Men Fight and Why We Like to Watch by Jonathan Gottschall (highly recommended) which is about “an English professor who trains in the sport of mixed martial arts and explores the science and history behind the violence of men” when the idea came to me. In his book, Jonathan Gottschall discusses the history of dueling and the the social ramifications around it.

One aspect of dueling that really stuck with me was that refusing a duel was sometimes considered worse than the possibility of dying in one because of the effect it could have on a person’s social standing. They might be labeled a coward and whatever accusation they levied against the challenger would be viewed as false simply because they chose not to fight. That whole concept of the social structure around a duel fascinated me, and I wondered what that might look like in the modern (or near future) world. What slights and insults (and through which mediums) might push people in a world driven by technology to seek a duel to the death to restore their social standing? How would the government handle or sanction it? What consequences would there be for refusing a duel in the digital age? And, of course, who might seek to profit on such a thing.

This nifty in-world poster that Radix Media created for the chapbook gives a little more insight into the story. 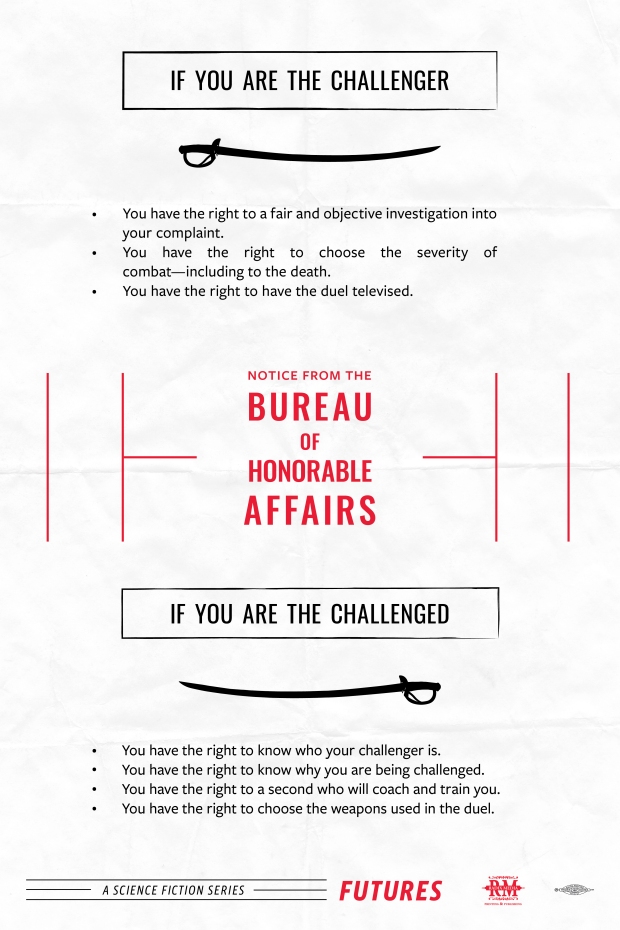 So, head on over to Radix Media and check out A Point of Honor, and while you’re there check out the other books in the Futures series (below).

This entry was posted in My Work and tagged Aeryn Rudel, authors, Novelette, Rejectomancy, Science Fiction. Bookmark the permalink.

4 thoughts on “Futures: A Point of Honor”